OK this page has all of Stef's tattoos on it so that they shall be visible for the entire world. 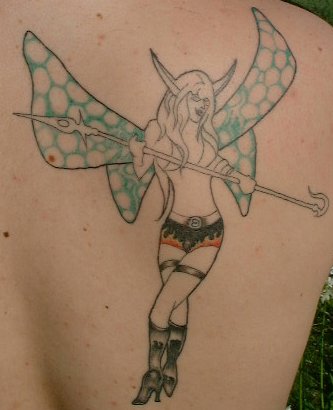 This is Petunia, a character from Poison Elves & this is as much work as Ant (Phoenix Tattoos, South Africa) managed to put in, in 2 short hours. 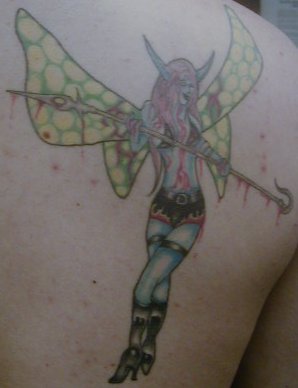 Same chop after the 2nd sitting, & a couple of months of healing... 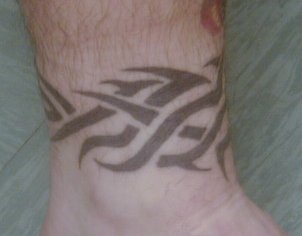 A tribal, thorn bush, band around his ankle to finish off the leg. This was done during the 2nd sitting for the Eddie piece.

Stef's new PE piece started on the 10th of May 2000. This is what Ant (Phoenix Tattoos) managed to get done in 2 short hours.

A nice view from the front of the leg.

& the view from behind. 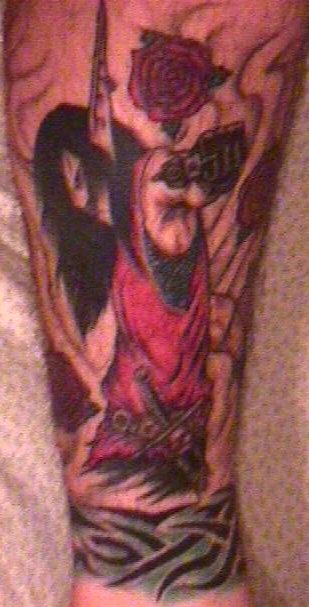 The P.I.T.T. Monster & Logo as designed by Caleb, w/ the former redone by Ant of Phoenix Tattoos & the latter by MaRk of MaRkWoRx. Both are on the 3 & 1/2 yrs EP.

The Forced Disillusion Eye of the Storm as designed by Cindy Taylor.